Portugal land in Group of Death as Euro 2020 draw done.

Portugal will be in the group of death as group members have been unveiled in this summers Euro 2020. Portugal have been drawn with Playoff Winner A or D (June 16), Germany (June 20) and France (June 24). Portugal's group games will take place in Munich, Germany and Budapest, Hungary.

June 20 vs Germany at Munich, Germany

June 24 vs France at Budapest, Hungary

Fernando Santos will be looking to defend

year edition of the European Championship. 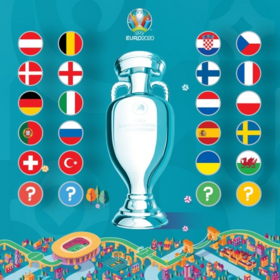