Braga central defender David Carmo has been linked with a variety of clubs across Europe of the past few weeks, with the latest club being French league champions PSG. Carmo who has come through Braga's youth system the past couple of years is currently a regular in the teams starting eleven.

Benfica player rumours commence with the arrival of Jorge Jesus

The arrival of Jorge Jesus and the major changes expected at the squad for next season, Benfica are already linked to a host of new arrivals at the club. Jesus former players Bruno Henrique, Gerson and Leo Pereira from Flamengo have already been linked with moves to join Jesus at Benfica earlier in the week, with the names of former PSG striker Edinson Cavani, Sevilla striker Carlos Fernandez and Santos central defender Lucas Verissimo joining the growing lists of players that are being linked with Benfica.

Jesus is looking to make some big moves before the start of the season.

After a whirlwind year at Flamengo by Jorge Jesus in which he won more titles (five) then actually losses (four). The 65 year old makes a return to take over at Benfica, a post he held from the summer of 2009 until departing the club in the summer of 2015. The collapse by the club in the second half that saw them drop a seven point league atop the league cost last years managerial whiz Bruno Lage his job.

Jorge Jesus will be announced this coming week as the clubs manager to make the move official but both Benfica and Flamengo have already confirmed the move is done. Jesus will be bringing the majority of his Flamengo staff along with him and also wants former team captain Luisao to be part of the clubs staff.

FC Porto linked with a move for Tondela keeper

League Champions FC Porto are linked with a move for long time Tondela keeper Claudio Ramos over the summer transfer window. The 28 year old Ramos has spent the past eight seasons with Tondela after joining Guimaraes in the summer of 2012.

Portuguese International and Lille midfielder Renato Sanches has confirmed that he has tested positive for COVID-19, Sanches will remain in Portugal until he confirms two negative tests before joining Lille for the pre-season.

FC Porto have clinched the Portuguese League crown this past week after their 2-0 victory over Sporting in Week 32 action. Porto win their 32nd league crown dating back to their original championship in 1921-22. FC Porto took advantage of a second half collapse by then league leaders Benfica to close in from seven points back and overcame their Classico rivals to clinch the league with two rounds of games to go. FC Porto defeated Benfica in both encounters this season winning 3-2 at home and 2-0 away.

Atletico Madrid have another Benfica player in mind.

Atletico Madrid are linked once again with acquiring a player from Benfica this summer with Ruben Dias' name being mentioned as a potential target for the Spanish side.

Leonardo Jardim has been offered the post at Flamengo with the departure of Jorge Jesus as Flamengo look to maintain a Portuguese presence on the sideline but Jardim stated it was more important to be close to his family during these difficult times. 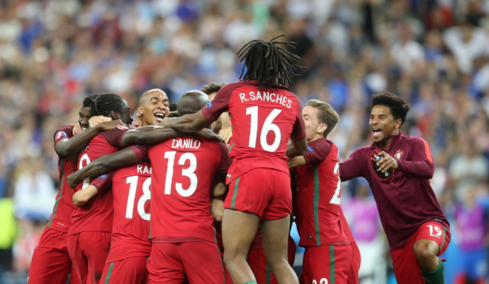