Wolverhampton have loan midfielder Bruno Jordao to Famalicao for the season hoping that regular playing time will add to the youngsters experience.

FC Porto are in talks with Brazilian club Fluminense to land 20 year old striker Evanilson. Porto would pay €10M as it looks to strengthen its squad to compete with rivals Benfica who have gone on a spending spree since arrival of Jorge Jesus. Porto are flush with some cash after the sale of Fabio Silva to Wolverhampon.

Benfica have had their initial €30M offer rejected by Brazilian club Flamengo for the duo of Bruno Henrique and Gerson but plan to return with a new offer this week in hopes of landing the pair in time for their Champions League qualifying game against PAOK.

Sporting have reached an agreement on the payment structure of acquiring Ruben Amorim with Braga, hence avoiding the northern Portugal club from going to FIFA and filing a complaint. Sporting who have already paid €2.3M out of the €14.4M owing Braga will pay an additional €2.5M this week and have until June 2021 to pay the remaining €9.6M. The original agreement had Sporting paying the €14.4M in full this month but the Lisbon side needed to restructure the contract due to financial restraints. Amorim was appointed Sporting manager on March 5, 2020.

Portugal opened up their 2021 Nations League qualifying group with two convincing victories over Croatia and Sweden as it looks to defend its 2019 crown. Portugal defeated Croatia 4-1 without Ronaldo who missed the game due to injury and then traveled to Sweden for a 2-0 victory that saw Ronaldo return to score goals 100 and 101 of his international career. Portugal's main rivals in the group France also won their two games setting up a mouth watering third game on October 11 as the two nations will face off in France. 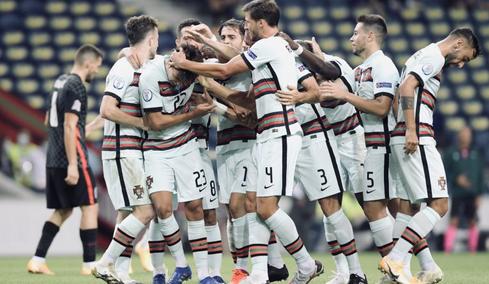 Portuguese International Ricardo Quaresma makes his return to Portugal after five years away signing a two year contract with Guimaraes. The soon to be 37 year old winger was also linked to Boavista but went with the Os Vimaranenses, the deal also includes an option year.

The legend named Cristiano Ronaldo continues to add accolades to his amazing career as he looks to become the highest international scorer in the history of the game.

Ronaldo hit goal 100 and 101 in Portugal's Nations League qualifying win against Sweden and now trails Iran's Ali Daei by eight goals for the historical all time mark. Ronaldo's first career national team goal came in 2004 against Greece during the group stage of Euro 2004. He hit the 25 goal mark against Iceland in 2010 during qualifying for Euro 2012 and bagged goal 50 during the 2014 World Cup against Ghana. Ronaldo  would then score goal 75 against New Zealand at the 2017 Confederation Cup. Sweden and Lithuania have allowed the most Ronaldo goals at seven a piece. Ronaldo has also scored four goals twice and nine hat tricks on his way to 101.

Joao Felix and Diogo Jota both scored their first senior national team goals in the selecao's victory over Croatia during Nations League qualifying. Joao Felix scored in his 6th cap with Diogo Jota scoring in his 3rd cap.