Wolverhampton ready to make a move for Lille midfielder

Wolverhampton look ready to add to their Portuguese content with the club being linked to a move for Lille midfielder Renato Sanches. The 23 year old looks to have regained his confidence and the form that lead him to the 2016 Golden Boy award amid a highly publicized summer move from Benfica to Bayern Munich. Sanches spent a difficult three seasons with the German juggernaut, struggling for playing time and had a disastrous loan spell with Swansea City in his time at Munich. Sanches' move in the summer of 2019 to Lille looks to have breathed new life into his playing career, with the midfielder returning to regular duty with Portugal and being named by L'Equipe to the starting eleven team of the year in 2019/20. Sanches would join the Wolves current Portuguese midfielders Ruben Neves and Joao Moutinho.

Joao Felix off to hot start for Atletico Madrid

2019 Golden Boy award winner has been on fire for Atletico Madrid scoring six goals in his last four games and seven on the season across all competitions while adding three helpers. Atletico's summer acquisition of veteran striker Luis Suarez to partner Felix this season looks to have been the spark needed. 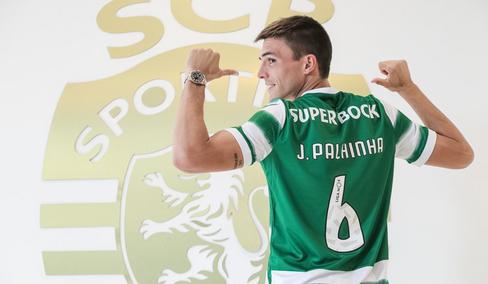 Portugal are set to take on France at home and Croatia away as they look to remain on top of their Nations League group and give themselves a chance to defend their 2019 crown. Portugal take on France on November 14 at the Estadio da Luz and then travel to Split in Croatia on November 17 for their final group game. Portugal currently sit tied with seven points along with France but hold the tiebreaker on goal differential. A win over France would all but clinch the Portuguese a place in the Final Four of the tournament.

Benfica struggle to keep ball out of the net

Benfica are winless in their last three games, earning a draw in Europa League play and adding two league losses after a seven game win streak. The biggest issue with the clubs play has been keeping the ball out of the net, Benfica have allowed nine goals during this winless run.

Sporting have gone a full 180' on moving the defensive midfielder after almost parting ways during the summer window for €15M. Sporting are said to want close to the €60M buy out clause for a move now.

Neto gets first call up

The 20 year old Neto has earned his first call up to the Portugal national side as the Quinas get set for a friendly against Andorra and their final two Nations League games against France and Croatia.

English club Liverpool look to have struck gold with their summer acquisition of winger Diogo Jota from Wolverhampton for just €44.7M. Jota has added another dangerous presence to the squad of the defending league champions and is pushing the clubs regular starters for playing time. Jota has scored seven goals across all competitions and sits tied for the goal scoring lead in Champions League play with four. The 23 year old winger has netted an amazing four game winning goals from the seven victories that Liverpool have earned on the season to date.

Sporting's new signing Pote has been on a tear for the club since the start of the season and his play has caught the attention of national team coach Fernando Santos for a future call up. The 21 year old currently sits atop the Portuguese League with seven goals in seven league games.