Portugal captain Cristiano Ronaldo's captain armband that was angrily thrown onto the pitch after a clear winning goal was ruled to not have crossed the goal line during Portugal's World Cup 2022 qualifying game against Serbia has raised €64K for a sick Serbian six month old who is dealing with spinal muscular atrophy. A local humanitarian group put the blue arm band for sale online after it was donated by one of the stadiums maintenance workers who picked up Ronaldo's arm band from the pitch at the conclusion of the game. The proceeds from the three day online auction will go towards the babys medical treatment.

Benfica look domestically for additions for next season.

Benfica have turned their attention for reinforcements next season to the Portuguese League after splashing a record €105M on international acquisitions during the summer of 2020 with little to show for it. Benfica have already signed Maritimo striker Rodrigo Pinho who will arrive for free in the summer after his contract concludes with the Madeira club and have been linked with a handful of more players that includes Famalicao trio Ruben Vinagre, Luiz Junior and Manuel Ugarte as well as Gil Vicente's Lucas Mineiro and Braga's Al Musrati. Benfica's only acquisition within the league recently was current starting keeper Helton Leite who arrived from Boavista during the summer transfer window. Benfica President Luis Filipe Vieira is also looking for Made in Seixal players to have an impact with the club going forward once their loan spells at other clubs end.

Portugal opened their World Cup 2022 qualifying campaign with three games in six days and collected seven out of a possible nine points, although it should have been a perfect nine for nine but with no VAR being used, a clear late winner that crossed the line was missed resulting in a draw with Serbia. Portugal sit atop the group level on points with Serbia but currently have the better goal differential between the two nations. Portugal's next qualifying games for the World Cup will take place in September.

Italian club AC Milan are hoping to make Diogo Dalot's loan move from Mnachester United permanent and are said to have made inquiries on what it will take to keep the right back in Italy next season.

Manchester United are looking into a move for Wolverhampton winger Pedro Neto and are hoping that current Portugal teammate Bruno Fernandes is able to convince his compatriot that a move to United would be in the best interest of the 21 year olds career going forward. 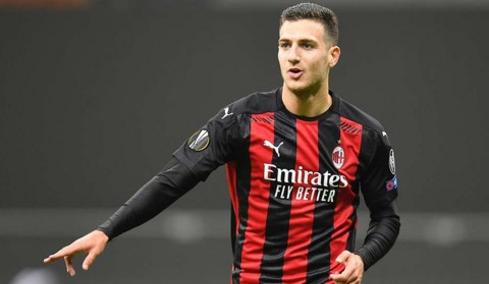 Taca de Portugal Finals all set to take place in May

Benfica and Braga will wrap up the Portuguese League season with their Taca de Portugal Final encounter on May 23rd at Coimbra's EFAPEL Stadium. The two clubs will face off for the first time ever in the Final.

Current Roma sporting director Tiago Pinto is said to have contacted Porto's Conceicao about potentially taking over the Italian club next season and replacing the clubs current Portuguese manager Paulo Fonseca. Conceicao has been at the helm at Porto since the summer of 2017, winning two league titles.

Spanish club Atletico are being linked with Benfica left back Alex Grimaldo for a summer move after reports in Spain have club manager Simeone unhappy with his clubs current starter. Grimaldo has a contract with Benfica until the 2022/23 season and a buy out clause of €60M.