Braga found out their Europa League opponents on Friday as they are the sole Portuguese representative in the competition and will face Ludogorets, Red Star Belgrade and Midtjylland in September.

The most expensive transfers in to Portugal this summer

Pacos Ferreira and Santa Clara both out in Europe

Portuguese clubs Pacos Ferreira and Santa Clara both lost their second legs in the Europa Conference League, knocking them out of the competition after both clubs won their first legs over Tottenham and Partizan Belgrade. The loss hurts Portugal as the two clubs will be unable to add any points to the co-efficient.

Portugal will have three representatives in the Champions League group stage this season after Benfica joined Sporting and FC Porto at the dance. The three Portuguese clubs though were not so fortunate when UEFA drew their group rivals on Thursday and all three will have their hands full to advance to the round of 16.

Sporting have been drawn along side Borussia Dortmund, Ajax and Besiktas. FC Porto will be joined by Atletico Madrid, Liverpool and AC Milan. While Benfica will have Bayern Munich, Barcelona and Dynamo Kiev to battle. The first round of games will take place on September 14 and 15. 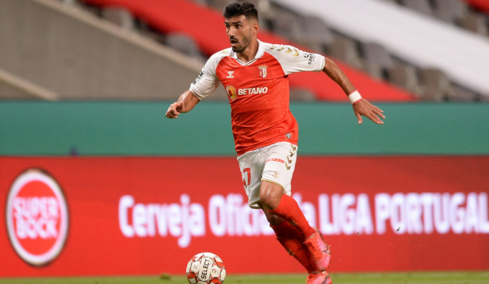 AC Milan closing in on move for Porto's Corona

AC Milan are very close to landing Porto midfielder Jesus Corona who was held out of this weekends games with the deal set to seal before the transfer window closes. Milan are said to have offered Porto €10M + add ons for the 28 year old Mexican International who becomes a free agent at seasons end.

Cristiano Ronaldo returns back to Manchester

In what was a frantic 24 hours, Ronaldo went from almost joining Manchester City to making his return back to Manchester United after departing the club in the summer of 2009 for Real Madrid. The 36 year old's return has been the talk of the sporting world since happening on Friday. Ronaldo will be taking a pay cut to join United from Juventus but will still be the highest paid player in the Premiership with an annual salary of €23M. Juventus let Ronaldo leave on a discount as they looked to get rid of his €30M annual salary and United will pay Juventus only €15M for his services plus add ons.

Benfica moved on from striker Luca Waldschmidt after only one season, selling the 25 year old to German side Wolfsburg for €12M, taking a rare loss after acquiring Waldschmidt from Freiburg for €15M. Reports state that Waldschmidt was home sick and wanted a return back to Germany which the Lisbon side obliged.

Fernando Santos on Thursday released his 25 man squad for Portugal's upcoming World Cup 2022 qualifiers against Ireland and Azerbaijan and it's friendly against Qatar. Santos also named three first timers to the squad with Diogo Costa (FC Porto), Goncalo Inacio (Sporting) and Otavio (FC Porto) all getting the call. Portugal will play Ireland in Faro on September 1st, followed by an away friendly against Qatar in Hungary on the 4th and then travel to Azerbaijan for a game on the 7th. Santos named Nelson Semedo on Sunday to the squad as a replacement for Ricardo Pereira who suffered an injury in league play at his club over the weekend. Portugal currently sit atop their qualifying group on goal differential but are tied in points with Serbia after a draw against the Eastern Europeans were a clear goal was missed with no VAR that would have given Portugal the win.