Benfica striker Darwin Nunez has gotten off to a flaming start scoring six goals in his first seven games of the season for Benfica. His recent brace against Barcelona in the Champions League has caught the attention of some of Europe's bigger clubs with Atletico Marid, Inter Milan and AC Milan all linked with the striker in the past week.

Portugal has four clubs remaining in UEFA competitions with three in the Champions League and one in the Europa League group stage but have looked average overall with a record of 2-2-4 in the first two rounds of the competition. Benfica has been the more impressive of the four clubs with a huge victory over Barcelona this past week and have four points overall to sit second in their respective group. FC Porto currently sit third in their group with one point while Sporting have lost both of their encounters and sit at the basement of their group on goal differential. Braga have split their two games earning a win and a loss and sit second in their Europa League group.

Benfica have had a perfect start to their Portuguese league 2021/22 season going 7-0-0 and sitting atop the standings in Portugal. The club has scored 19 goals while allowing just 4 against both top marks. 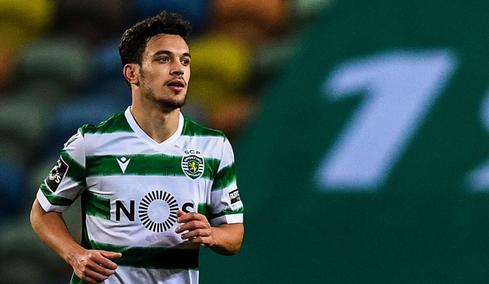 The Portugal Men's Futsal national team will play for the first time ever in the final of the World Cup against South American nation Argentina on Sunday. Portugal finished atop their group and have defeated Serbia, Spain and Kazakhstan on their way to the Final against the 2016 World Cup Champions.

Portugal call up one first timer for upcoming qualifiers

Fernando Santos on Thursday released his 24 man squad for Portugal's upcoming World Cup 2022 qualifier against Luxembourg and another friendly against Qatar with both games taking place in the Algarve. Santos kept his promise and named first timer Matheus Nunes from Sporting to the squad with the midfielder deciding to chose Portugal over Brazil for his international playing career. Portugal will play Qatar in a friendly on October 9th followed by their qualifier against Luxembourg on October 12th during the international break. Santos also brought back William Carvalho and Diogo Dalot who were not called up in September. Portugal currently sit atop their qualifying group with 13 points which is two more then second place Serbia as both nations have three games remaining each with only the group winner earning an automatic spot in Qatar.

For the first time since the COVID-19 pandemic hit Portugal in early 2020 the D.G.S. has authorized that all stadiums in Portugal can now go to 100% capacities. Fans attending games will still be required to show their digital certification that they have been vaccinated or a negative test result. Fans will also still be required to wear masks while they are in the stadium. This is a welcome move for all clubs in Portugal who have been bleeding money throughout this pandemic and is a step towards recovery. Portugal is currently one of the highest vaccinated countries in the world for COVID-19.