The Portuguese manager became the first non South American to capture the Copa Libertadores twice after leading Brazilian club Palmeiras to back to back titles in South America's Champions League tournament.

Portugal broke some hearts in a span of months in 2021 where they failed to defend their Euro 2016 crown exiting the tournament in the round of 16 after just making it out of the group of death. This was followed up by failing to qualify directly for World Cup 2022 after losing at home to Serbia 2-1 in a game that the nation led and blew the lead late in the game when they only required a draw to advance. Portugal will now take the playoff route for a spot in Qatar were they will need to win two games in a row the first over Turkey, followed by defeating the winner of Italy/North Macedonia.

Ruben Amorim led Sporting to their first Portuguese League title since the 2001-02 season, proving that his €15M price tag was well worth the payment that Sporting gave Braga to acquire their current club manager. On the field Sporting were led by Pedro Goncalves the 2020/21 league MVP who led the league in scoring after being acquired before the start of the season from Famalicao. Sporting's fine form continues into this season as they sit joint atop Portugal at the end of 2021 with rivals FC Porto. Sporting also advanced into the round of 16 in Champions League play after finishing as runners up in their group to Ajax. Sporting will now face Manchester City in 2022. Sporting's league title was not the only silverware added in 2021 as the club also captured the Portuguese Super Cup and the Portuguese League Cup making 2021 a banner year.

Manchester City acquisition of Ruben Dias from Benfica paid huge dividends as the Portuguese defender was a key piece in the club recapturing the Premiership title and cemented his place as one of the worlds top defenders being awarded the league's MVP.

Mourinho goes from England to Italy

Jose Mourinho saw his departure from English side Tottenham happen in April and for the first time he left a club trophyless, his unemployment did not last long as Mourinho joined Roma in July.

"The year in review" 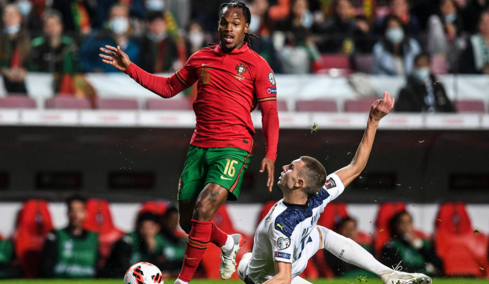 Keep your eyes glued to these players in 2022 to make noise.

Cristiano Ronaldo made a stunning return to Manchester United departing Juventus right at the end of the transfer window during the summer for a mere €15M and becoming the highest paid Premiership player over night. The move did not include it's moments of drama with Ronaldo linked to city rivals Manchester City just days before the late turn around saw him change his course and join his former club. Ronaldo's return has already had some dashing moments with the Portuguese sensation having scored 14 goals across all competitions in just 22 appearances. Ronaldo also set the all time International goal mark with a pair of strikes against Ireland. He sits at 115

Andre Silva switched German clubs in the summer moving from Eintracht Frankfurt to RB Leipzig for €23M after finishing as the runner up in scoring in the Bundesliga. Silva has scored 8 goals for his new club this season.