Ronaldo saga ends with no solution in sight

Cristiano Ronaldo was unable to move away from Man United as the 37 year old hoped to play Champions League football this season. Although linked to a host of Europe's big clubs, no agreement was able to be worked out. Ronaldo will need to wait until January if a move is to happen

FC Porto has midfield gutted during the window

FC Porto saw a pair of their key midfielders from their Championship winning squad move on during the summer window, as both Vitinha and Fabio Vieira said good bye to the Dragao. Vitinha who was one of the leagues best players last season was acquired by PSG for €41.5M, as the French giants decided to activate his buy out clause, which Porto failed to increase during the season. While Fabio Vieira landed with London based club Arsenal for €35M. FC Porto are hoping that they are able to replace both youngsters in house as they look to defend their league title, as they only acquired one new midfielder during the window in Estoril's star midfielder from last season Andre Franco. Porto did exercise buy options for midfielders Marko Grujic and Stephen Eustaquio who both spent the season on loan with the club last season.

Renato Sanches decided to move south, as the 25 year old departs Lille to join league giants PSG in a move that will net his former club €15M. Sanches joins his fourth club since departing Benfica and will need to work hard to make the XI.

FC Porto used some of their summer funds to make a move for Braga center back David Carmo. Porto paid €20M to acquire the 22 year old in the biggest inter-league move.

Benfica the busiest team in Portugal

Benfica were by far the busiest club in Portugal during the transfer window as they looked to reshape the squad and end a long trophyless run. Benfica brought in German manager Roger Schmidt from PSV and saw many players in last seasons under performing squad head out and new faces come in. Benfica sold last seasons leading goal scorer Darwin Nunez to Liverpool for €75M in a deal that could reach as high as €100M with add ons. Benfica's big signing was winger David Neres from Shakhtar Donetsk who was acquired for €15.3M. All in the squad was a positive €65M during the transfer window.

"Moves of the summer transfer window"

Sporting's midfield was also gutted during the summer window.

Sporting joined rivals Porto in having their core midfield gutted during the summer window but unlike their northern rivals, Sporting hope that their minor midfield moves made during the window will be successful. Sporting saw midfielder Joao Palhinha move to Fulham for €20M and Matheus Nunes join Wolverhampton for €45M. The club will look to replace both players with new signings Hidemasa Morita who joined from Santa Clara for €3.8M and Sotiris Alexandropoulos who came over from Panathinaikos for €4.5M. Sporting will also turn to their academy in hopes of finding another key contributor to the squad.

Andre Gomes gets a fresh start in France

Lille acquired midfielder Andre Gomes right at the deadline on loan from Everton for the season. Gomes' career had stalled at the Toffees and he will look to revive it in France.

Wolverhampton landed Valencia winger Goncalo Guedes during the summer window, adding yet another Portuguese player to their growing Iberian squad. The Wolves paid €32.6M to Valencia and signed Guedes for five seasons. 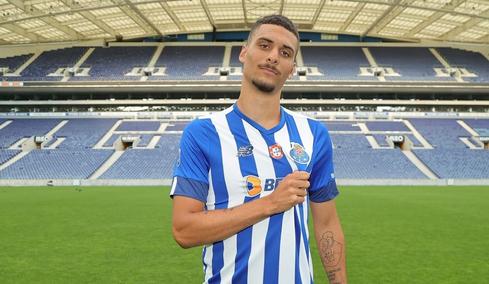