Pepe last played a full 90 minutes on October 4th for FC Porto, missing six weeks of action and only  returned in a substitute role recently. Pepe's fitness will be something to keep and eye on at World Cup. 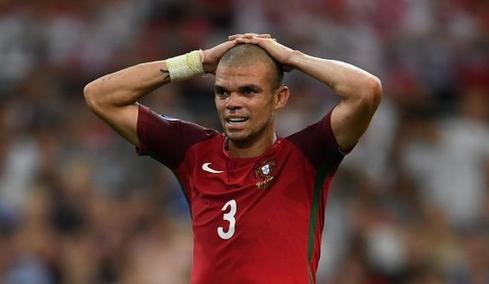 Benfica's 19 year old center back Antonio Silva has been playing superbly since first appearing with Benfica in late August. Santos has rewarded the youngster's play with a spot on the squad over more experienced backs

The end of an era with the Selecao?

Portugal captain Cristiano Ronaldo could be playing in his final major tournament with the Quinas as the 37 year old will pushing 39 when Euro 2024 comes around. Ronaldo has stated that he has no intention of retiring from the national side but any other Portugal player not named Ronaldo would not be heading to Qatar if they were in the form that the great is currently facing. Ronaldo has been the greatest Portuguese player to ever wear the jersey and his all time goal mark of 117 is a feat that will be difficult to over take but maybe, just maybe he might have just a little magic left.

Portugal will travel to Qatar without a few regular faces as both Joao Moutinho and Jose Fonte will not be members of the squad for a major tournament. The players have combined for 190 caps.

Portugal start their World Cup camaign against Ghana before taking on Uruguay and finishing the stage against South Korea.

Ronaldo looks for another record at World Cup 2022

Portugal need someone to step up in the scoring department

Portugal all time scorer Cristiano Ronaldo has struggled this season at Man United and goes into the tournament playing some of his worst football since appearing on the World stage, to make matters worse Portugal have lost Diogo Jota for the tournament due to injury. Portugal will need other players on the squad to step up and provide secondary scoring if it is to succeed at the tournament, especially if Ronaldo continues to misfire. The pressure will be on the likes of Rafael Leao, Joao Felix, Bruno Fernandes and Andre Silva to take their games to a higher level and provide the secondary scoring that the nation will be looking for during the competition.